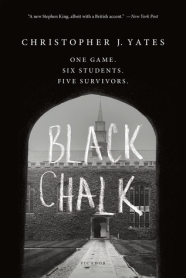 Six bright, misfit students begin at Oxford the autumn of 1990. Whilst many of their peers are from monied backgrounds and have been brought up with a silver spoon in their mouths, the group become friends on the basis that they are different from the rest. Jolyon, the most charming and well-loved of the group, is the centre of their gravity. Within each other, they find kindred spirits, and bond together in that particular, intense way that happens on beginning University — the first taste of freedom.

“They attended lectures in the mornings and convened as a group at some point every afternoon or evening. There were no formal arrangements for such gatherings. They would flock one by one at certain likely spots. Jolyon’s room, the college bar, dinner in the refectory. A patch of grass by the ancient tree in the gardens where Dee would sit and read until winter swept in hard towards the end of Michaelmas. . .

It was a term full of rapturous pleasures. And Chad believed he had stumbled by chance upon the very best people in the world. They all did. They were all so young.”

Uninterested in engaging in mainstream student pursuits, the group become embroiled in a mysterious society called Game Soc. Three initiators introduce them to the proceedings — known only as Smallest, Middle and Tallest. They give no details, other than the stipulation that all members must contribute £1000, and that they will contribute a further prize fund of £10,000. The last man standing wins the £10,000, including any monies from members who have forfeited.

The game, however, has consequences. Starting off small — minor acts of humiliation and discomfort — they turn increasingly sinister, targeting each of the group’s personal sensitivities. These consequences are designed to push their buttons in the most harmful, degrading and upsetting way possible. Nothing is illegal, you understand. No laws are being broken here. But something doesn’t have to be illegal for it to ruin — or almost ruin — everything.

“The true gambler plays for the thrill, the sheer ecstasy of taking part. And the purest thrill comes not from the idea of winning but from the fear of defeat, from there being something real and valuable on the line. If there’s nothing to lose, then where’s the thrill?”

The true skill of this taut, chilling novel is in the telling. The unnamed narrator is retelling the events of this terrible year fourteen years later. The events of this time in his life have ended up destroying every chance he had at happiness; he now lives cloistered away in New York City as a hermit, subsiding on whisky and pills and mnemonics to get through the day. And it is now, fourteen years later, that the final round of the game must be played.

Black Chalk explores the brittle bonds of friendship, the naivetés and jealousies of youth, and the extreme lengths pursued in the name of ‘winning’ — and just what that might mean. There are definite echoes of The Secret History in there, but whereas Tartt’s plot lags a bit towards the end, Yates’s keeps up the momentum until the very last page.

There are a few minor flaws — the actual nature of the game remains murky, though I doubt a detailed technical description of the rules would have benefitted any reader. Chad as a character remains the least dimensional of the group — but this is compensated for by the illustration of Jolyon, a fascinating portrait of charm and wit and descent into neuroses and paralysis. I enjoyed this novel even more than Grist Mill Road, the author’s upcoming release. The narrative threads here are masterfully linked together, and at no point could I guess where the tale might lead. Disturbing and totally captivating.